The visions of slaughter and echoes of battle have lead Morgwaeth the Bloodied and her murderous retinue to megalithic depths of Beastgrave. Honoring their deity with every kill, The Hag Queen and Daughters of Khaine found many offerings to the Lord of Murder in ancient halls of the mountain. Craving battle and seeking power through bloodshed, these graceful murderers renew and reinvigorate themselves with each gory ritual they perform. 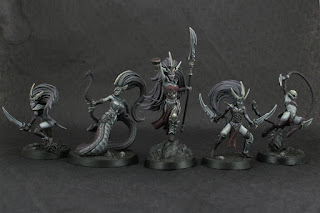 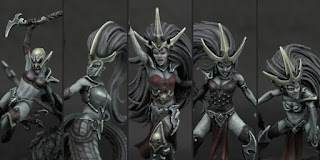